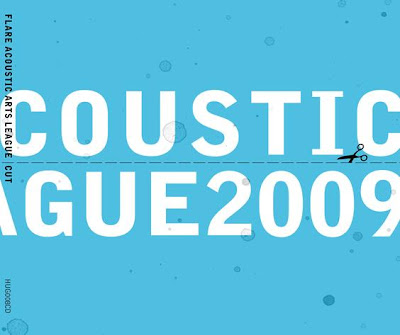 Mr. LD Beghtol has a long and illustrious career of writing catchy pop tunes about death, revenge and brooding romance, and, for that matter, singing similarly tinted songs from the pen of Mr. Stephin Merritt, and this record is, in some ways, a continuation of that theme, not to mention an extension of a tendency to name releases with such titles as Hung and Bottom.

This cd is most reminiscent of Hung, which was out on Darla some years back, not to mention his 7” Back When You Wanted Me, in being full of orchestrated pop just a touch akin to the works of the evil Mr Spector or The Zombies.

It opens with the lovely swirling chamber pop of “Reminiscences of a Minnesota State Training School Alumnus, Class of 1905” (did I fail to mention a slight tendency towards lengthy names for his compositions?), which is inspired by the life of one Carl Panzram, a serial killer who made even the usual lovely personalities grouped under that category seem like good-will ambassadors. You will find yourself singing along as the self-loathing for your susceptibility to cheery melody/dark lyric paradoxes sets in, and the lines ‘even I can see that you’re an awful lot like me’ may just slip past you, to your detriment.

“Precis” and “Pull My Daisy Chain” both betray the author’s fondness for literary references and wordplay, which, of course, endear them both to me.

Identity politics behooves me to dwell on “Ballad of Little Brown Bear” for a moment (and to point out that, though our friendly artist is a big bearded gent, he does not identify with that gay subculture of stocky, furry men who think themselves more masculine than the average queen (‘masculine’ is a camp pose in many ways too, but don’t get me started)), not to mention that I used to play ‘Little Brown Jug’ in high school band (no, I was not a flautist), so the melody lingers in the recesses of my brain and was brought vengefully forward once more. A guest vocalist, Mr Geoff Otis, takes the lead on this in order to maintain the necessary ironic distance in this tale of alcoholic Bear love (unless he does identify with that cult, in which case, WOOF!).

“Luminary” features guest guitar from Alan Sparhawk from Low, which gives me some hope that he is NOT one of those evil Mormons who were such nasty meddlers on the Proposition 8 matter in California, but, even if I’m wrong, he still lends a minimal glow to the track.

“Love Finds Andy Warhol” has a whole host of cameo vocalists tossing in lines about who love finds (including the vaguely cringeworthy ‘Love finds Arthur Lee’ (ha ha)), and it is as close to a hopeful song about love as you are going to find here, despite lines about love not being a pretty picture and how it blinds them all.

If I were to try and find a target audience for this record (heaven forfend), I would think fans of The Tindersticks and Morrissey (up until about 1999 in the case of the latter) would enjoy this, as it is an elegantly arranged, layered, tuneful and ironically morbid masterpiece.

Fortunately, it is also available on iTunes, as it may prove rather difficult to find in North America (I had a friend in Britain send one over, before Mr Beghtol sent me a review copy – so I paid for this, as should you) and the label’s webpage is STILL coming soon after goodness knows how long.
Written in fire on the wall by Timmybear at 7:44 p.m. No comments:

You know that, in your darkest heart of hearts, you have often wondered: 'What would the Residents sound like if you took away their keyboards and gave them only some uncertain brass instrument, the occasional bass and guitar, but mostly what sounds like pots, pans, plates and cymbals, as well as equally ambiguous stringed instruments, possibly including violin, ukulele and banjo?' Ok, so the percussion would give you 'Land of A Thousand Dances' from THIRD REICH AND ROLL, but the rest would not be as easily squeezed into the conceit.

You might get something like this 10-song cassette, 9 of whose selections are quite challenging. Even free jazz/improv might be misleading, because, well, much of Ornette Coleman's work has passages of beauty and melody. There's not a lot of either here.

"Skarp Hedin's Axe" has some vaguely jazzy chords and figures on guitar and bass, and bears a vague resemblance to "Peter Gunn" as played by The Shaggs, but the clanging percussion and the sheer repetitiveness of the selection might tax some people's endurance. "42 West German Splints" is a little like Ornette Coleman, but in his trumpet playing (I think it's a trumpet) rather than saxophone, and the plinky string accompaniment on what is either a banjo or a ukulele is not exactly there to provide harmony under the vague swipes at melody the horn attempts. "Danse De Maquette" has a certain technique, as what is either a ukulele or a banjo is treated to both pizzicato plucking and the piece ends with a brief snatch of what sounds like tape-molested voice. "ESP" sounds like a slightly tamer cousin of "42" above. "Cavillato" actually is a LITTLE catchy, as it has both sawed and pizzicato violin, but it meanders quite a bit. "Volgaboatpersons" is the most Residential here, as it takes the familiar tune (you would recognize it) and does unspeakable lurching things to it, and "Sprats" does much the same to a violin and thumping composition. "Dextra et Lamina" has squeaky noises that sound like doors or drawers, some more violin violence and another, longer, droning vocal tape insertion.

And then, suddenly...A TUNE!! "Hebden Bridge Suite" is recognizably these people, as the percussion is the same thump and splash, but the trumpet is playing a melody of sorts, the strumming ukulele or banjo is often providing a harmonic base and even the peculiar little guitar noises are not forbidding this time. It goes on for 17 minutes, though, which is where I suppose its "difficult listening" credentials are earned.

And back to the difficult listening. The similarly lengthy "Invisible Member (Ocean)" has more trumpet torture and a somewhat sophisticated but ear-testing base of unclear stringy noises.